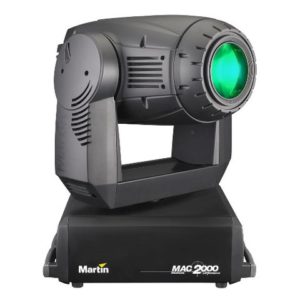 Building on the solid success of the MAC 2000 Profile, the Performance has been specially engineered for use in theater and television. It incorporates an array of advanced features including a mechanized framing system and gobo animation module.